The Importance of Dual Diagnosis Inpatient Treatment for Co-Occurring Disorders

About half of people who suffer from mental health issues at some point in their life also abuse substances.1 This tendency also works in the opposite direction: people with substance use disorders (SUD) are also prone to developing mental health conditions.1

Although the term co-occurring disorders is now probably the most widely used one to refer to interwoven SUDs and mental disorders, they may also be referenced as dual diagnosis, dual disorders, and comorbid disorders.2,3

According to the results of the National Survey on Drug Use and Health from 2019, as many as 9.5 million people in the U.S. suffer from co-occurring disorders.4 Since the incidence of co-occurring disorders is so high among treatment seekers at mental and substance abuse treatment facilities, this creates a strong need for effective and accessible treatment that can help patients suffering from multiple conditions.2 This includes dual diagnosis inpatient treatment options which may be a necessary part of 24-hour treatment and care for patients suffering from severe mental disorders and substance abuse. 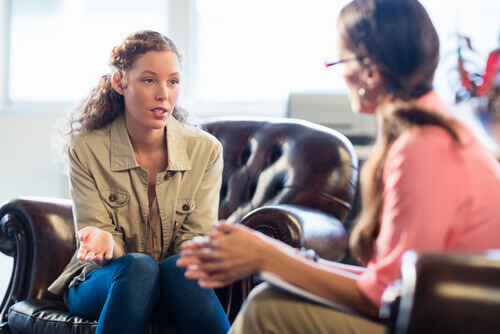 What Is the Correlation Between Substance Abuse and Mental Health?

It is more likely that a person with any kind of mental disorder may also suffer from substance abuse compared to healthy individuals.1 The mental disorders that co-occur with SUD include:1

Moreover, patients with the most severe forms of psychiatric disorders tend to have the highest rate of co-occurring SUDs.2

It can be said that a person suffers from a serious or severe mental illness when:2

How Can the Relationship Between SUDs and Mental Disorders Be Explained?

When a person suffers from a mental disorder, there is a likelihood that they will use alcohol or drugs to self medicate, hoping to make their condition more bearable and improve their mood. However, although substances may provide a momentary relief, after this effect passes, the negative effects of substance use such as withdrawal symptoms make the original mental health condition even worse. In addition, alcohol and drugs can trigger a somewhat latent condition and make the symptoms of a mental disorder even stronger.2

Another theory that aims to explain this relationship and draw relevant conclusions for treatment practice states that there is a significant overlap between the neurobiological pathways to SUDs and mental disorders.2 Some individuals are more prone to their neurons being “kindled” i.e. sensitized or disrupted. It is hypothesized that this disruption of nervous cells happens both owing to a mental disorder or substance abuse, which can explain why the same person is susceptible to both conditions.2

Not less importantly, demography and family history also play an important role in vulnerability to both mental health issues and SUDs, which also partly explains the relatively high rate of their comorbidity.2

What Are the Dual Diagnosis Implications for Treatment?

The first challenge in treating co-occurring disorders is establishing an accurate diagnosis. This is in no way a simple task because symptoms often overlap and it may be hard to disentangle them.5

For example, a patient may be exhibiting some symptoms typical for a mood disorder when intoxicated or going through withdrawal. These symptoms may be induced by the substance or reaction to the absence of substance, but it may also be the case that the person has a preexisting mental health issue.6

In order to tackle this uncertainty, the general recommendation is to first ensure that a person has had a long enough period of abstinence so that the symptoms of intoxication and withdrawal would disappear. The length of this period will depend on the type of substance and is generally longer for long-acting drugs (e.g. methadone) than for short-acting ones (e.g. cocaine or alcohol). If symptoms of a mental disorder persist after one month of abstinence, then it can be established that a person has a co-occurring mental health issue and qualifies for dual diagnosis treatment.6

Compared to people suffering from only one kind of disorder, people with co-occurring disorders are at a high risk of many additional issues, including:7

As a result of these multiple factors, patients with dual diagnosis are less likely to complete substance abuse treatment programs than the patients who do not suffer from a co-occurring mental condition.3 Since staying in treatment long enough is essential for successful outcomes, co-occurring disorder treatments, including long-term residential treatment for co-occurring conditions, aim to improve treatment retention.8

What Is Dual Diagnosis Inpatient Treatment?

Dual diagnosis inpatient or residential treatment requires patients to stay in a treatment facility 24/7. This is the recommended treatment option when:

The initial stage of any substance abuse treatment is detoxification, i.e. eliminating the harmful intoxicating substances from the body. While in some cases detoxification can be done in outpatient settings, there are cases when this may be too risky, so it is only safe to do it at a residential treatment facility. This is strongly advised in the following circumstances:9

The last point has is extremely important when deciding whether a patient needs dual diagnosis residential treatment because suicide is frequent among people with co-occurring disorders. One study even showed that as many as two-thirds of suicides were committed by people with an SUD.6 Another study found that suidice risk was highest among people suffering from a major depressive disorder who were dependent on drugs or alcohol.6 Dual diagnosis inpatient treatment helps reduce this risk by supervising the patient 24/7.

How Are Dual Diagnosis Patients Treated In a Residential Facility?

Dual diagnosis residential treatment involves a joint treatment of mental health issues and substance abuse. This is achieved through pharmacotherapy and behavioral therapy.2

Some medications may help with treating both disorders. In inpatient treatment, treatment drugs need to be managed carefully in order to avoid potentially dangerous interactions and potentially addictive medications.2

In addition to medication used to stabilize the patient physically, behavioral therapy is also used in dual diagnosis inpatient treatment as it is proven to help both with SUDs and mental disorders.2 According to the National Institute on Drug Abuse, the methods that show most promise include:3

Peer groups can be very effective in helping people recover from co-occurring disorders. These groups can be very different (for example, some of them focus on spirituality while others are secular), but in any case, the patient needs to attend them regularly for at least several months.2