What Is Percocet and What Does It Do?

Percocet is the brand name of a prescription pain reliever used to treat moderate to severe acute (or short-term) pain.2 It is manufactured by Endo Pharmaceuticals and it was officially approved by the US Food and Drug Administration (FDA) in 1976.3

The active ingredients of Percocet are:2

The drug is also referred to by the nickname “Percs.”4

Percocet is classified as a Schedule II drug, which means that it has high potential for abuse and physical and psychological dependence.5 Due to the fact that oxycodone, one of the components of Percocet, is a morphine-like opioid, this medication is attractive to drug abusers and people suffering from AUDs.2 Percocet abuse can lead to overdose and require immediate Percocet overdose treatment and assistance. 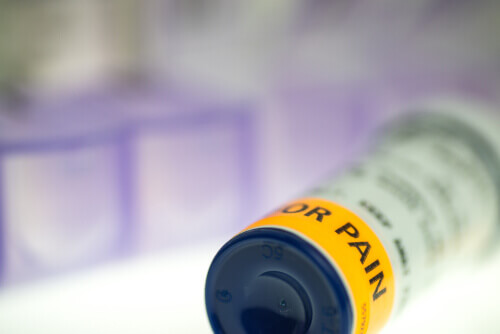 How Is Percocet Used?

Percocet is intended for oral use. However, when diverted, it may also be crushed and then snorted, or crushed and dissolved in water and injected like heroin.6

Percocet pills are available in six combinations of oxycodone hydrochloride and acetaminophen, with different appearances (yellow, blue, or pink tables for example) with oxycodone strength ranging from 2.5 mg to 10 mg.2

It is prescribed when pain is severe enough to require an opioid analgesic, in cases when alternative non-opioid treatment options are inadequate.7 They are commonly used to treat migraines. Over 50% of emergency department migraine visits are treated with opioid medication. However, Percocet headache treatment carries a risk of medication overuse headache, as it happens when opioid drugs are used more than ten times per month. If the person uses opioid drugs frequently, they can become dependent.8

What Are the Signs of Percocet Overdose?

Percocet overdose happens when someone intentionally or accidentally takes too much medicine. The patient may accidentally take too much of the medicine if they do not feel that they are getting satisfactory pain relief from the normal dose. This can happen with patients undergoing Percocet headache treatment. On the other hand, the person may intentionally take too much of the medicine in order to get high or hurt themselves.9

The symptoms of Percocet overdose are:10

Although symptoms such as nausea or sweating may appear earlier, it is not possible to obtain clinical and laboratory evidence of liver toxicity before 48 to 72 hours after drug ingestion.2

How Does Percocet Overdose Treatment Work?

In cases of life-threatening overdose, the FDA-approved medication naloxone is used for reversing the severe effects of opioid overdose. It is an opioid antagonist used against respiratory depression that occurs when too much oxycodone is present in the body.2

To remove the unabsorbed drug from the body, stomach pumping is used even when the patient has already vomited spontaneously. Activated charcoal is also used for this purpose, but never prior to stomach pumping.2

Physical dependence on Percocet means that the person’s body adapts to the presence of the drug after regular use and experiences withdrawal symptoms when suddenly reducing or ceasing to use the drug. Clinically significant dependence can be detected after several weeks of high dosage therapy.2

The factors that have an impact on the severity of withdrawal symptoms are:2

The symptoms of withdrawal are:2

If a person is addicted to Percocet, they seek ways to illegitimately obtain drugs. In the case of prescription medication, examples of such drug-seeking behavior involve tampering with medical records or avoiding testing and examination.2

Since Percocet contains an opioid agonist, Percocet addiction is treated as other opioid addictions. The standard approach to treating opioid use disorders is medication-assisted treatment, which involves combining medications and behavioral therapy to help the patient recover from addiction both physically and psychologically. This approach has been shown to have the highest success rates in opioid abuse treatment.11

In addition to standard FDA-approved medications used in addiction treatment, there are also some over-the-counter medicines that are helpful in overcoming unpleasant withdrawal symptoms such as nausea or pain.12