Benzodiazepines belong to a class of drugs called Central Nervous System depressants, also known as tranquilizers or sedatives. Some of the street names for benzodiazepines include benzos, downers, and tranks. As they are widely available prescription medications and carry a risk of the development of substance use disorder and overdose, it is highly advisable for anyone who is struggling with benzodiazepine use to seek treatment.

What Are the Types of Benzodiazepines?

There are also benzodiazepine medications that aren’t approved to be used in the United States but can be purchased illegally, such as Rohypnol (flunitrazepam), also known as the date-rape drug.2

How Many People Use Benzos Annually?

In 2019, U.S. pharmacies dispensed 92 million benzodiazepine prescriptions, the most frequent one being alprazolam (38%), clonazepam (24%), and lorazepam (20%).3 According to the American Psychiatric Association, more than 1 in 8 adults in the United States (12.6%) used benzodiazepines in 2018.4 Misuse of prescription benzodiazepines made up 17 percent of the total number, which means they carry a significant risk of abuse.4

Legally, benzo medication can only be obtained through prescription. However, a person struggling with addiction may also buy them illicitly, forge a prescription, or obtain prescriptions from different doctors.2 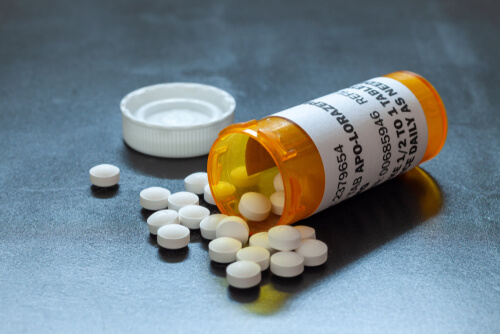 What Are the Different Benzodiazepines?

Benzodiazepine is approved for a range of medical uses, including anxiety disorder, insomnia, seizures, social phobia, panic disorder as well as premedication prior to certain medical procedures.5 These are some of the ways in which benzodiazepine is used:2

What Do Benzos Treat?

Benzodiazepine is used for the management of the symptoms of various conditions:

How Do Benzos Treat Anxiety?

According to the National Institute on Drug Abuse, CNS depressants, including benzodiazepines, are used as treatment for anxiety, panic, acute stress reactions, and sleep disorders because they inhibit brain activity.11

These drugs affect the brain by enhancing the effects of gamma-aminobutyric acid (GABA), a chemical that naturally occurs in the brain.11 GABA is a neurotransmitter, which functions as a messenger that carries signals between brain cells. GABA works to slow down brain cell activity.12 Since this mechanism causes the feeling of calm and induces sleep, benzodiazepine medications are effective in alleviating anxiety and insomnia. This is also why they produce a sense of euphoria or high, for which some people misuse it.2

What Are the Side Effects of Benzodiazepines?

The side effects of the use and misuse of CNS depressants, including benzodiazepine, can be the following:11

When a person begins taking a CNS depressant, they may be uncoordinated or drowsy for the first several days until they become accustomed to the side effects of the drug. The side effects of benzodiazepine use may be exacerbated by combining it with other drugs.3

Benzodiazepine Use and Other Drugs

Benzodiazepines can be safe and helpful when they are prescribed by a medical professional and used short-term. Prolonged benzodiazepine use or misuse of benzo medications can develop tolerance and dependence, finally leading to addiction.

Benzodiazepine medications are widely prescribed in the United States, commonly for prolonged periods of time.3 A 2018 study found that 17 percent of the overall number of people who take benzodiazepine misuse the drug, which puts them at risk of developing addiction.4

Misuse is commonly associated with adolescents and young adults who take benzo pills by mouth or crush them up and snort them.2Heroin and cocaine users frequently misuse benzodiazepines to enhance or counteract the effect of the other drug.2

What Is Benzo Addiction Treatment?

Benzo rehab programs at detox centers help the user to reduce the dose they take safely and gradually. Treatment typically involves slowly tapering the dosage of the drug over a period of several months.12

Additionally, if the person takes short-acting benzodiazepines, like Xanax or Ativan, it may be beneficial for them to switch to a long-acting one, like Valium, under medical supervision, before diminishing their dose. This is because a long-acting benzo medication is better suited to a very gradual tapering of the dosage under the supervision of experienced and qualified professionals.12

The exact rate of withdrawal depends on specific factors, such as the dose and kind of benzodiazepine medications the person uses and the duration of use.12 Withdrawal schedules are adjusted to each person’s individual needs over the course of their benzo addiction treatment helping them achieve full recovery.