Substance abuse is a major public health concern. The National Survey on Drug Use and Health (NSDUH) survey from 2017 established that among the US population aged 12 or older:1

Treatments for Substance Abuse and Addiction

When substance abuse interferes with a person’s ability to function normally in their daily life, it is time to look into treatment options for substance abuse. There are many different forms of treatment available at specialized facilities for addiction treatment and recovery. The programs may include outpatient treatment that can work around a person’s existing schedule. Some options also entail more structured and comprehensive inpatient programs where a person stays on site for a length of time to fully address all aspects of drug abuse and addiction. In general, the more heavily dependent on drugs or alcohol a person is, the higher the level of care they may need within a substance abuse treatment program.

An important aspect of addiction recovery is remaining in a substance abuse treatment program long enough to allow the brain time to heal and for new habits to be formed. NIDA recommends that treatment for substance abuse should be at least 90 days long. Staying in treatment for an extended amount of time helps to lessen and minimize the instances of relapse as new coping mechanisms and tools are learned and solidified.2 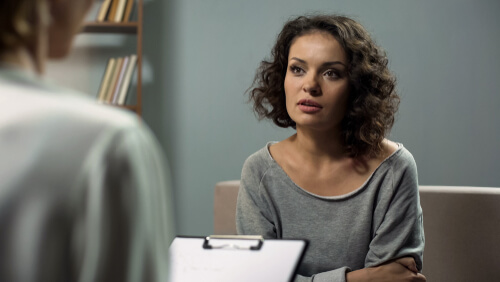 What Should Be Included in a Substance Abuse Treatment Program?

According to Substance Abuse and Mental Health Service Administration (SAMHSA), the best practices in substance abuse treatment are the following:5

What Is Typically the First Step in the Substance Abuse Treatment Process?

When deciding which of the options for substance abuse treatment is the most appropriate for a particular patient, the first step is always a comprehensive medical, mental health, and substance use assessment and evaluation.

The treatment plan should be tailored to meet the individual needs of patients and it should be reassessed continually as progress is made.

Medications are often necessary during detox in order to lessen or eliminate withdrawal symptoms. These medications may include supplements, vitamins, and pharmaceutical tools designed to manage specific symptoms, such as antidepressants, sleep aids, gastrointestinal medications, and more. Clonidine, a blood pressure medication, is often used off label to treat withdrawal from central nervous system depressants, such as opioids, alcohol, and benzodiazepines, as it can calm the sympathetic nervous system.6

Medications are also often necessary in treating co-occurring medical or mental health disorders. This is why it is important for treatment providers to work together in an integrated manner to ensure that all potential complications are minimized or avoided.

Since alcohol withdrawal can be life-threatening (in its most severe form: delirium tremens), it is often slowly tapered off during detox instead of stopped “cold turkey.” There are four main drugs used to treat alcohol addiction and prevent relapse:6

Benzodiazepine and opioid drugs may also be tapered off, whereby short-acting drugs are commonly replaced with the following longer-acting ones to be weaned off during a taper:6

Group and individual therapy sessions are both important. During group CBT sessions, people are often taught new overall life skills and coping mechanisms. In individual sessions, people can delve into personal thoughts and stressors that need to be addressed and managed. Homework is often assigned between sessions for individuals to practice newly learned skills.

Our Rehab Centers by State

Pay For the Treatment

4. Substance Abuse and Mental Health Service Administration. (2020). The National Survey on Drug Use and Health: 2019.

13. National Institute on Alcohol Abuse and Alcoholism. (2020). What are the different drinking levels? – Rethinking Drinking.

14. National Institute on Drug Abuse. (2020). What is the scope of marijuana use in the United States?

26. National Institute on Drug Abuse. What are inhalants?

27. National Institute on Drug Abuse. How are inhalants used?

33. Centers for Disease Control and Prevention. (2021). Drinking too much alcohol can harm your health.National Institute on Drug Abuse. (2020). Addiction and Health.