What Is the Best Treatment for Codeine Addiction? | Opiate Addiction Treatment Success Rates

While America struggles with the grip of an opioid epidemic, the Food and Drug Administration has released a warning about codeine. The warning, issued April 2017, advises against giving codeine to children under 12 years old, but the number of drugs containing codeine, even as common as Tylenol, accentuates the scope of the prescription abuse problem. Troubling as this is, codeine addiction treatment is possible for people who are affected. 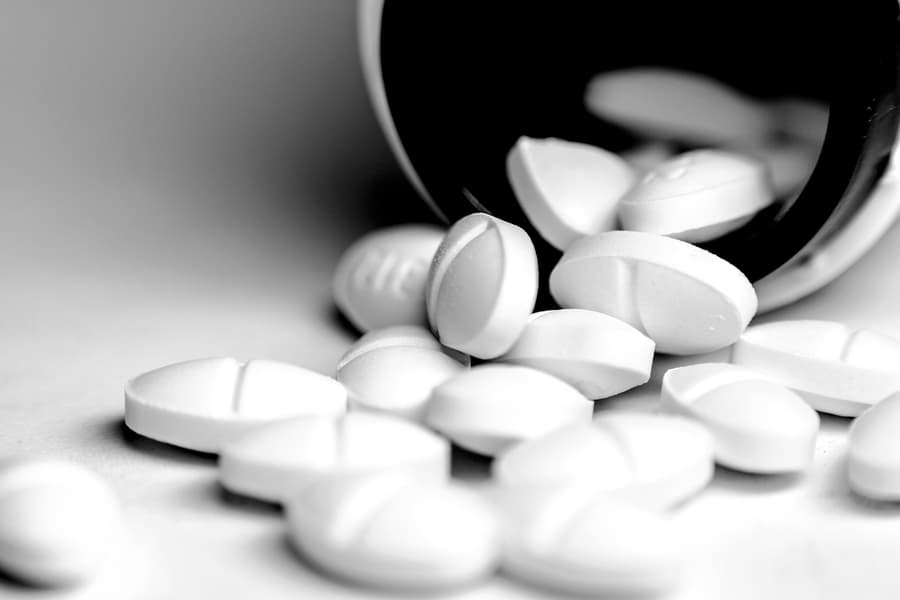 To understand how codeine addiction treatment is possible, it is necessary to look at what codeine is. Codeine is a relatively mild opioid painkiller, not as strong as morphine; for that reason, it is prescribed (usually in combination with other drugs) for the treatment of mild to moderate (or moderately severe) pain. Compared to other painkillers, such as morphine and the opioid OxyContin, codeine is so weak that it is available in some countries without a prescription. However, that policy is no longer in effect in places like Australia, where the government’s Therapeutic Goods Administration pointed to the massive increase in codeine-related deaths as the reason for ending the no-prescription policy.

In the United States, codeine is a Schedule II drug under the Controlled Substances Act when it is used in painkillers that contain only codeine or more than 90 mg of codeine per dosage unit. Schedule II recognizes the legitimate medical applications of codeine while restricting the prescriptions thereof due to the high risk of physical and psychological dependence that might arise from exposure.

When codeine is combined with other substances, such as aspirin or paracetamol (to make Tylenol), the amount of codeine is minimal enough for the resultant drug to be downgraded to Schedule III, wherein the Drug Enforcement Agency acknowledges “a potential for less abuse than substances in Schedule II, and abuse may lead to moderate or low physical dependence” while the risk of psychological dependence remains high.

Can Codeine Be Addictive?

By all measures, codeine is a reasonably tolerable opioid, so much so that it is even included in some cough suppressant formulations, but this characteristic can contribute toward an insidious dependence on codeine. Even if there is no illicit intention at first, many people who start out using codeine with appropriate medical supervision may have no idea that the seeds for opioid addiction are being sowed.

How Does a Person Become Dependent on Codeine?

As an opioid, codeine induces drowsiness by activating the opioid receptors in the brain, preventing the electrical impulses carrying the mild to moderate pain sensations from reaching the brain and central nervous system. For people in constant states of physical discomfort because of their pain, the relief provided by codeine consumption might be a temptation that is hard to resist.

The more codeine consumed, the higher a person’s tolerance gets. This means that a person will have to consume more and more codeine in order to feel the same painkilling, euphoric effects. Every exposure to codeine reprograms the brain’s reward and pleasure circuitry, which leads to the central nervous system acclimatizing to that level of codeine consumption. Subsequent exposures have to be progressively greater than the previous exposure because of how the brain was forced to adapt to the codeine’s presence. People take increasing amounts of codeine, trying to recapture that same feeling of bliss and comfort; meanwhile, the brain is forced to constantly update itself to the ever-rising codeine input, never being allowed to settle and find a natural state.

This has the inevitable consequence of making the user evermore dependent on codeine for everything from the pain relief for which it might have been originally prescribed, to minor and imagined discomforts, to simply feeling normal. Pushed to this point, the person may become preoccupied with getting more codeine, resorting to faking symptoms, causing actual self-harm, or going behind their doctor’s back to keep getting codeine pills. In people who have risk factors for substance abuse, such as mental health conditions, a family history of addiction, or lifestyle or environmental circumstances, this behavior may continue even after the codeine prescription is no longer necessary. Also, codeine abuse may be a gateway to using more potent opioids, like heroin.

What Are Codeine Withdrawal Symptoms?

Part of the reason for this compulsion is that physical and psychological dependence on codeine means that the brain cannot function properly without the drug (hence, the clinical use of the word dependence). A person who has codeine use disorder and attempts to stop using it, could experience a range of effects, including unpredictable mood swings, insomnia, muscle pain and cramping, episodes of depression and anxiety, and unbearable cravings for more codeine.

These withdrawal symptoms can be so distressing that they can force a person to go back on codeine despite a legitimate desire to stop using the drug. Even the fear of experiencing these symptoms can act as a deterrent against stopping.

What Are the Side Effects of Codeine?

Even without an attempt at discontinuing intake, codeine is still capable of disrupting the body’s normal functioning if too much of it is taken. Signs of such disruptions include:

Over time, chronic abuse of codeine could cause even more severe effects on normal living. Because of the depressant effects on the central nervous system, people who suffer from a codeine use disorder might develop sleep disorders, like sleep apnea (where breathing repeatedly stops and starts), bowel problems, long-term depression, and heart problems. Codeine’s depressant effects on the central nervous system can also lead to low oxygen levels and lower breathing rates, where more physical energy has to be expended in order to get the standard amount of oxygen for the lungs. All these symptoms combined could mean that a person who is addicted to codeine is in danger of permanently damaging their vital organs, including the brain.

What Is the Treatment for Codeine Abuse and Addiction?

With codeine addiction, the problem has to be tackled gradually. The first step of the process is medical detox, a period of carefully supervised and assisted withdrawal. This may seem intimidating, especially for those who tried to go off codeine on their own and then experienced withdrawal symptoms, but the benefit of doing this with medical attention is that there are doctors and other healthcare professionals at hand to intervene if the process becomes difficult. They may do this through the administration of anti-anxiety or anticonvulsant drugs, helping the person weather the more difficult parts of withdrawal without making the episode too unbearable and ensuring that there is no opportunity to relapse to codeine use because of cravings.

What Is Medically-Assisted Treatment for Codeine Abuse?

For getting off opioids like codeine, doctors usually provide drugs like methadone and buprenorphine to alleviate withdrawal symptoms. These drugs themselves carry the risk of becoming a source of psychological dependence, especially for those who have demonstrated that they have risk factors for substance abuse. Under the right conditions, however, such medications can be very helpful.

How Long Does Codeine Detox Take?

It may take anywhere from a week to close to a month for detox to finish, depending on the severity and length of the codeine addiction, if any other drugs were also being abused during this time, and the patient’s own medical and mental health history. Because of all these factors, detox should not be attempted without medical supervision.

Following medical detox, the individual can begin the task of addressing psychological dependence. This part of the process involves therapy, and it is carried out in a number of different settings: one-on-one sessions with a therapist, group therapy with other clients, and family therapy (if applicable).

Addiction treatment cannot exist without therapy; it is an “essential” component, says WebMD, and the National Institute on Drug Abuse lists therapy as one of its “principles of effective treatment.” Therapy is what helps a client understand the thought processes behind substance abuse; if there are underlying mental health conditions that may have compelled the addictive behavior, sessions with a therapist will help the client process those conditions and their ramifications in a constructive and healthy manner. This may entail looking at non-opioid-based pain management therapies, devising new and better ways to manage physical discomfort, and understanding psychological principles of positive behavior and mindsets.

An essential extension of therapy is keeping in contact with other people who are working toward recovery. By learning from them, providing accountability and support, and finding companionship and solidarity from others in similar situations, the likelihood of relapsing to codeine abuse drops significantly. Even simple text messaging cuts back on the chance of relapsing during a lonely, bored, frustrating, or painful moment. Software developers have made mobile apps for smartphones that can send out an emergency alert, which a sobriety sponsor will respond to on a 24/7 basis. Having such connections would be difficult to do without the process being started in the therapy sessions. A person is often not ready to engage in the psychological rebuilding process in the aftermath of a codeine addiction without medical detox to address the physical damage done by the abuse.

“Americans are increasingly addicted to opioids,” says The Economist, and codeine is one of those opioids. Many people have suffered under the spell of these powerful medications, but their hold is not impenetrable. Through proper healthcare, a codeine addiction can be treated and managed, giving individuals control over their pain, their health, and their lives.