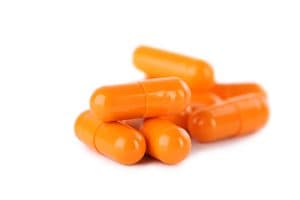 Dexedrine is a useful medication in treating both attention-deficit hyperactivity disorder and narcolepsy, when used as prescribed. But Dexedrine is also a drug prone to abuse, and addicts are drawn to the increased wakefulness and sense of euphoria it provides. For help in overcoming the Dexedrine addiction disrupting your life? call Treatment Solutions today at .

Dexedrine is the brand name for Dextroamphetamine, a psycho-stimulant drug that produces amphetamine-like effects in users. Dexedrine and other stimulants lead to enhanced brain activity and can eliminate feelings of fatigue — traits which prompted soldiers to use stimulants on the battle front during World War II, and more recently, truckers to ingest stimulants during cross-country drives.

However, as stimulants grew more popular, the serious health consequences of drugs like Adderall and Dexedrine became recognized by the medical community. Doctors nowadays prescribe stimulants for fewer medical conditions, like asthma, than they have in years past.

How is Dexedrine consumed?

Dexedrine is typically ingested in either tablet or capsule form, but the drug can also be injected directly into the bloodstream.

How Widespread is Dexedrine Addiction?

Dexedrine, while abused by addicts of all ages, is a particular problem among college students who may take the drug while cramming for exams. The 2001 Harvard School of Public Health College Alcohol Study found 4% of college students surveyed had taken Dexedrine or another stimulant without a prescription during that year. The rate of abuse was higher for men than for women, and higher among Caucasian students than African-American or Asian students.

Students at highly competitive universities were more likely to turn to stimulants such as cocaine, adderall, and dexedrine as fuel for their all-night study sessions, and some campuses had stimulant abuse rates as high as 25%.

High school and middle school students are also taking stimulants for non-medical reasons. According to the National Survey on Drug and Health, 510,000 youth aged 12 to 17 used Dexedrine or other stimulants non-medically in 2006, which represented 2% of the U.S. teenaged population. Teens who engaged in stimulant abuse, according to the survey, were more than twice as likely to have engaged in “delinquent” behaviors such as getting into serious fights, selling drugs or stealing.

Don’t let Dexedrine destroy your life or the life of your child. Call Treatment Solutions at .

What are Dexedrine’s Short-Term Effects?

According to the Partnership for a Drug-Free America, Dexedrine increases the amount of norepinephrine and dopamine in the brain, which in turn increases blood pressure and heart rate, constricts blood vessels and raises blood glucose levels. Other short-term effects of Dexedrine abuse include:

What Are Dexedrine’s Long-Term Effects?

When taken repeatedly over time, stimulants such as Dexedrine often lead to addiction. That addiction can cause addicts to take Dexedrine compulsively, with harmful long-term effects that include:

The Drug Abuse Warning Network estimates that in 2006, stimulants, a category that includes Dexedrine, were involved in 107,575 emergency room visits.

What Are the Risks of Dexedrine Addiction During Pregnancy?

Dexedrine is classified by the U.S. Food and Drug Administration as a Category C drug, meaning its effects on pregnant women have not yet been completely studied. However, there are some indications that Dexedrine abuse can lead to increased risk of birth defects and miscarriages, and as a result, the drug should only be taken when the benefits to the pregnant mother clearly outweigh any potential risks to the fetus.

Why Is Dexedrine Addiction So Hard to Overcome?

Some Dexedrine addicts may be caught off-guard by the drug’s highly addictive qualities — they initially popped a few pills to stay awake at work, and now they’re hooked. Another big obstacle for those who want to quit Dexedrine is the uncomfortable withdrawal symptoms long-term users experience when they abruptly stop. Those withdrawal symptoms, according to the U.S. Drug Enforcement Administration, include:

Prescription drug addiction is a prison cell you can’t open from the inside — but the rehab programs available through Treatment Solutions can set you free. Our no-charge referral service can connect you to a drug rehab center that fits your location, desired length of stay and health insurance needs.

Whether you’re interested in a women’s drug rehab, adolescent drug rehab or any one of our other specialized treatment options, we’ll recommend only the substance abuse rehab that’s right for you, as we’re not affiliated with any one particular facility.