Jewish Rehab Centers for Drug and Alcohol Addiction Near Me

Furthermore, this only makes seeking treatment more challenging for members of the Jewish population in the U.S. This is especially the case in the Orthodox Jewish communities which abide by rigid principles and stigmatize all forms of illicit and unconventional behavior, which includes both substance abuse and substance abuse treatment.2

The risk of substance abuse among the Jewish community is exceptionally high when a person lives in an environment with a high level of exposure to alcohol and other illicit substances combined with low levels of religiosity.3

Religiosity can help reduce the detrimental effects of substance abuse, but there is a downside: highly religious communities can make members battling substance abuse reluctant to seek treatment out of fear of being judged and shunned by the community.3

While this can negatively impact treatment entry, treatment with a spiritual and religious component can have a positive influence on recovering individuals. Faith-based treatment can increase both critical retention and commitment to treatment, and faith-based follow-up can promote lasting recovery and sobriety.4 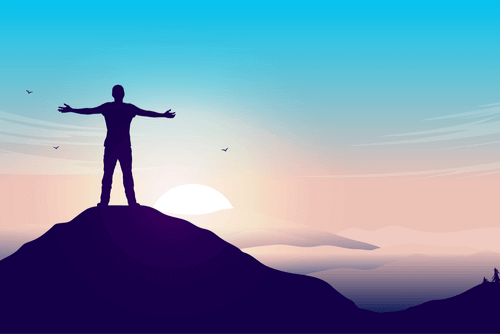 What Are Jewish Alcohol and Drug Rehab Programs?

Jewish alcohol and drug rehab centers provide a secure and supportive environment for treating members of the Jewish population with a focus on faith, although some Jewish centers may also welcome members outside of the Jewish community.5 Jewish drug and alcohol rehab programs are more likely to be effective when they follow evidence-based principles of effective substance use disorder treatment while at the same time relying on faith and promoting the traditional Jewish principles and values.1

Scope of Substance Use in the Jewish Community

The prevalence of substance abuse among Jewish users is relatively low compared to the general population, but it is still a cause for concern. Alcoholism seems to be more prevalent than substance use disorder associated with the use of drugs.2

Traditional beliefs that practicing members of the community who maintain the traditional Jewish way of life are immune to the effects of alcohol and other substances raise the risks of substance abuse, especially alcohol abuse.6

Many still believe that substance abuse represents moral failure and that it can only happen to those members of the Jewish population who have become estranged from the community.6 However, substance abuse is a real problem nationwide, and it can just as easily happen in the Jewish community as it does in other demographic groups.5

Nonetheless, faith may be indispensable in preventing and recovering from substance abuse.7

The Orthodox Jewish community may be somewhat less susceptible to substance abuse than non-Orthodox members, possibly due to higher exposure to alcohol and other substances outside of the Orthodox community.2 Still, approximately 20% of the Jewish community in the U.S. has a family history of addiction.8

Addressing co-occurring mental health issues effectively is just as important as treating a person’s substance use disorder and other health conditions they may battle as a result of long-term substance abuse.1

Members of the Jewish community mainly struggle with anxiety and depression, both of which can raise the risk of suicidal tendencies drastically.2 Some Jewish alcohol and drug rehab programs offer comprehensive treatment which addresses both a person’s substance use disorder and any co-occurring mental health disorders.1

The original 12-step program was designed to help treat alcoholism and it was based on Christian beliefs.1 However, this effective approach to treatment has since been widely used for purposes outside of treating alcohol use disorder and in different settings.5

Jewish-oriented rehab programs have modified the program to better suit the needs of recovering Jews as a structured, faith-based approach to treatment which can facilitate and promote recovery and prevent relapse by helping recovering individuals find inner and outer peace.9

Jewish rehab programs are modeled after other effective rehab programs which offer tailored treatment which can also be age or gender-specific in an inpatient or outpatient setting.1 The initial stage of treatment is normally the detoxification stage which is followed by the rehabilitation stage.1

It is possible to differentiate between different levels of care based on intensity, treatment duration, scope of services, etc.1 The level of care intensity depends on individual needs, substance abuse pattern and history, and other relevant factors. All these factors are determined within the intake assessment process.1

Aftercare is an important aspect of the treatment and recovery process as it can help sustain recovery and prevent relapse. After completing treatment, the person may transition to a sober living home/halfway home, or join a support group as a form of transition.1

What Happens in a Jewish Drug and Alcohol Rehab Program?

Other services may be included in the program offer, depending on duration of the program.1 Some centers may also offer same-day admissions and enable you to choose between options tailored to specific groups, such as:

What Are the Advantages of Jewish Drug Rehab Programs?

The benefits and the defining features of Jewish drug rehab programs include:10

What Is the Cost of Jewish Alcohol and Drug Rehab Programs?

Factors such as treatment duration and modality affect treatment costs.11 For instance, a comprehensive high-intensity long-term program in an inpatient setting is likely to cost considerably more than short-term outpatient programs with limited resources.1

However, outpatient programs can match inpatient ones in terms of intensity. Programs that last under 90 days are considered to be of limited effectiveness compared to shorter ones.1

Some recovering individuals will transition from one form of care to another over the course of their recovery:1

Jewish rehab programs do not differ from other forms of faith-based and non-faith-based rehab in terms of insurance coverage and payment options. The leading insurance providers nationwide cover the cost of rehab programs, although it is more likely that short-term treatment will be covered by insurance than treatment that spans longer.11

There are different rehab payment options that do not include insurance, so not being insured or being uninsured is not necessarily an obstacle to getting treatment. Even if a person in need of rehab is in a poor financial situation, there are still options to explore.11

How to Find Jewish Rehab Centers Near Me?

Every person’s story is different but what all treatment-seeking individuals have in common is that the sooner they start treatment, the better the outcomes are likely to be, even if an attempted family intervention has failed and the person is not willing to start treatment.1 The easiest way to find a rehabilitation center near you is to browse the offer online, request your insurance provider for more information, or call a specialized rehab hotline.At American Addiction Centers, you can find all the answers and information on rehab you need in one place. An admission team representative can tell you all about the closest Jewish rehab centers and the rehab admission process and treatment protocol. They can also check your benefits and verify insurance coverage, as well as discuss what you can expect from the process of recovery.