Dangers of Cocaine Abuse and Addiction

Casual cocaine use is an increasingly common practice, which is especially alarming because the highly addictive drug is increasingly available nationwide.1

Cocaine abuse can have a devastating impact on a person’s health, body and mind, and it can also have other far-reaching implications.2

The drug is highly addictive both psychologically and physiologically. Because of the intense euphoria experienced while experimenting with cocaine, individuals who start to sink into addiction overlook the dangers that come with prolonged and increased exposure.1

Young adults who use the drug occasionally with friends may not be aware of the dangers of cocaine, including both short- and long-term effects of cocaine on the body and mind.3 So-called casual cocaine use not only has the potential to lead to addiction, but can also be life-threatening.4

While marijuana and alcohol are more commonly used among young adults, cocaine abuse and cocaine addiction in young adults are steadily trending upward.5 Results from the 2014 National Survey on nationwide drug trends shows that rates of cocaine use have been relatively stable since 2009.1 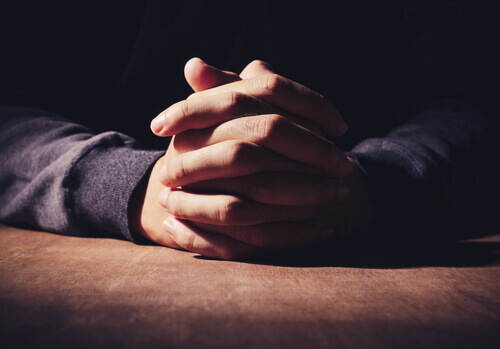 What Are the Risks of Cocaine Addiction?

A person in the grip of cocaine abuse can progress toward addiction within a relatively short period of time.1 Cocaine abuse is often associated with physical, psychological, and financial dangers and cocaine addiction comes with dangerous far-reaching implications.1

Medication-assisted treatment (MAT) is considered to be the safest and most effective approach to substance use disorder treatment which begins with a controlled detox process to help the person eliminate cocaine and other substances from their system.6

Cocaine is highly addictive and the risk of overdose, which can be fatal, is high.2

As a street drug, cocaine comes in the form of a fine, white, crystal powder, but street dealers often take advantage of this and use additives to increase quantity and profit. Substances which they may add to the powder include other drugs such as amphetamine or fentanyl, a synthetic opioid, which carries a high risk of overdose. Consumers are unaware that this dangerous additive is present, so they may unknowingly overdose. Tampered cocaine may be the key culprit for the increasing numbers of overdose deaths among cocaine users.1

Approximately 16,000 people die every year from overdoses involving cocaine.3 If a person overdoses on cocaine, this can adversely impact their health and it may even lead to death, especially if the person does not receive immediate medical assistance.4 In the event of a cocaine overdose, it is essential to seek medical assistance as soon as possible.4

However, overdose is not the only issue: persistent use of stimulants such as cocaine can lead to cognitive problems and other health issues, especially when injected. The drug tends to suppress immune-cell function and promote replication of the HIV virus. Individuals with HIV who use cocaine may become more susceptible to contracting hepatitis C as well.3

How Cocaine Abuse Can Affect Your Mental Health?

What Are the Health Effects of Cocaine Use on the Body?

Cocaine use can take a heavy toll on the body as well. The health effects of cocaine use include but are not limited to nausea, restlessness, tremors, and many more. All these effects also serve as the key warning signs of cocaine addiction.1

What Are the Short-Term Effects of Cocaine?

Under the powerful influence of cocaine, a person can experience the following:1

The desired side effects typically last a short period of time but the undesired side effects can persist, especially if a person has developed tolerance to the drug.1 Individuals who use cocaine often use the drug repeatedly within a short time span because they want to maintain the effects of the drug or avoid the unpleasant withdrawal syndrome.1

What Are the Long-Term Effects of Cocaine?

The long-term health effects of cocaine include:1

What Are the Dangers of Different Cocaine Abuse Methods?

However used, cocaine is highly addictive. Methods of cocaine abuse include snorting, injecting, and smoking the drug:1

Recent reports suggest that the rate of cocaine abuse among young adults in the U.S. has reached an all-time record. Binging on cocaine during adolescence enhances sensitivity to the rewarding effects of cocaine and MDMA which may make the person more vulnerable and susceptible to continued use of the drug.1

How to Get Treatment for Cocaine Addiction?

Cocaine is a highly addictive drug that causes an intense psychological addiction with complex withdrawal symptoms.1 Treatment for cocaine addiction involves detox which enables individuals to overcome withdrawal as safely and comfortably as possible.6

There are different helplines to explore when seeking help with cocaine addiction for oneself or for another person. It may also be helpful and comforting to read testimonials from previous users.AAC admissions navigators are available 24/7 to assist and provide treatment-related suggestions to treatment-seeking individuals and their families or friends. You can easily find answers to all your questions about the rehabilitation protocol and have your insurance verified if insured, as well as find information on options in the event of non-existent or insufficient insurance coverage.