The use of addictive psychoactive substances can be traced back to the earliest human records. In fact, pathological use was described and discussed as early as classical Antiquity, while many of the problems associated with substance abuse that we are facing today were first observed in the 17th century.1

Understanding how substance abuse and the available treatment options have evolved over time can be beneficial for people struggling with addiction, as well as their families. It can give them an insight into the major problems associated with substance abuse and shed light on their social and psychological aspects. By reading about the centuries-long struggle to deal with addiction and develop appropriate treatment options, they gain a different perspective on the nature of substance abuse today and the potential ways to overcome it.

Substance Abuse Treatment From 1750 to the Early 1800s

During the decades between 1750 and the early 1800s, sobriety circles were formed. These communities originally consisted of Native American tribes, who used healing rituals to cure alcoholism. In 1784, Dr. Benjamin Rush wrote of alcoholism as a disorder that needed to be treated. He is considered one of the founders of substance abuse research in the United States and his writing marks the beginning of the American temperance movement.1 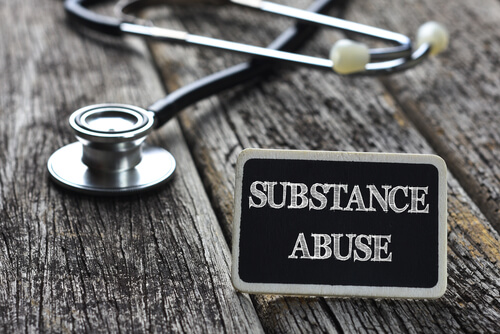 The History of Substance Abuse Treatment in The 1800s

In 1810, Dr. Benjamin Rush encouraged the establishment of a “Sober House,” for the treatment of the confirmed drunkard, whereas in 1830 Dr. Samuel Woodward called for creation of inebriate asylums. Their joint efforts resulted in the opening of Lodging Homes and Homes for the Fallen (inebriate homes) in the 1850s. Such homes provided brief, voluntary stays that included:2

In 1864 Inebriate Asylum of New York State was opened, under Dr. Joseph Edward Turner’s guidance. It was the first medically supervised recovery facility for substance abuse treatment in the United States.2

In the late 1890s, drunk homes and asylums started closing. Alcohol abusers were sent to “drunk tanks” or “cells” in public hospitals, and the back wards of aging “insane asylums.” Wealthy substance abusers sought detoxification in private sanatoria that were known as “jitter joints,” “jag farms” or “dip shops.”

In 1901, Charles Towns partnered with Dr. Alexander Lambert, and they opened the hospital for drug abuse in New York City. The Charles B. Towns Hospital had wealthy clients, and it was known for using its popular belladonna elixir in alcohol abuse treatment.5

In the 1910s, many states passed laws that allowed sterilization of mentally ill, developmentally impaired, and alcohol and/or substance abusers. Legislations gave the asylum and prison medical supervisors the ability to “asexualize” patients or prisoners, so as to boost their physical, emotional, or moral condition.7

From 1919 to 1924, many morphine maintenance clinics were opened, with the aim of treating morphine abusers. However, most of these clinics were closed due to legal reasons.8

Several years later, Lexington, Kentucky, opened the first state narcotics farm in 1935. Lexington was a facility for drug treatment and it offered free treatment to alcohol and substance abusers, including the “Lexington Cure.” However, this farm was a prison, where it was possible to perform research on human subjects.9

In 1935, Alcoholics Anonymous (AA) was formed by 4 founding members: Bill Wilson, Ebby Thatcher, Rowland Danger, and Dr. Bob Smith. They were influenced by the Emmanuel Movement. Soon, in 1939, they published the now famous book Alcoholics Anonymous.7

Then, between 1948 and 1950 Minnesota Model was created. It was a model that combined a self-help and the AA philosophy. The focus of its treatment was abstinence and change of behavior.3

Also, during this period, Disulfiram was introduced in alcohol abuse treatment. This medicine was also known as Antabuse and it caused nausea and adverse alcohol reactions. Some other medications were used as well, such as barbiturates, amphetamines, and LSD.10

1950s to 2000s: The Next Chapter in the History of Substance Abuse Treatment

AA grew exponentially and reached over 90,000 members during the 1950s. In 1951, it won the Lasker Award from the American Public Health Association. AA was successful because there was an increased number of alcohol abuse related films and also a greater acceptance of alcohol users and abusers.11

In 1956, the American Medical Association (AMA) first defined alcoholism.12 A few years later, the Veterans Health Administration created recovery units for alcoholism (1957).13 Then, with the establishment of the Association of Halfway House Alcoholism Services of North America, the halfway house movement peaked in 1958. This movement offered accommodation to substance abusers and focused on their recovery.14

During the 1960s, the insurance industry began reimbursing alcoholism treatment, which led to the rise of inpatient facilities. In 1964, Dr. Vincent Dole and Dr. Marie Nyswander introduced Methadone in drug abuse treatment.

During the 1970s, Lincoln Recovery Center started using acupuncture in substance abuse treatments, as a response to demand for natural, non-pharmaceutical treatments. This approach proved to be extremely successful.15 Also, The Controlled Substances Act (CSA) was passed in 1970, and it classified substances into 5 categories, based on their medical use, potential for abuse, and dependence liability.

In 1982, Betty Ford Clinic and Cocaine Anonymous (CA) were founded, whereas Secular Organizations for Sobriety (SOS) was established in 1985.16,17, 18 In 1987 the American Medical Association (AMA) passed legislation that recognized alcoholism as a complex illness that merited the serious attention of all health professionals.19

In 1994, a non-12-step program based on self-empowerment was created. It’s called SMART Recovery. This program teaches its users self-directed improvement skills and helps them deal with desires and habits that can contribute to substance abuse. In 1999, Drug Addiction Treatment Act was passed, as an amendment to the Controlled Substances Act.20

In 2002, the FDA approved buprenorphine for opioid abuse treatment. Only specially qualified doctors are allowed to prescribe this medicine.21 Then, in 2008, The Mental Health Parity and Addiction Equity Act (MHPAEA) was passed. This act allowed insurance providers and group health plans to offer equal coverage to other forms of medical care for mental health and/or drug use treatment and services.

The Affordable Care Act (ACA) expanded coverage for substance abuse treatment in 2010 by making sure insurance plans included this kind of treatment program. In 2016, American Medical Association discussed dropping pain as a vital sign as a professional standard of medical care.22

Today, individuals can find a range of addiction treatment resources and learn about evidence-based facts about the recovery from substance abuse. This allows them to explore different treatment options and find one that would meet their needs.