What Is Valium & Why Is Drinking on Valium Dangerous?

Valium, also known by the name of diazepam, is an addictive benzodiazepine used to treat seizures, muscle spasms, and anxiety. It is also used for pre-procedural sedation, as well as for reducing alcohol withdrawal symptoms.1 Valium increases the activity of GABA, an inhibitory neurotransmitter, to calm the patient’s nervous system and reduce brain overactivity.2

Valium is primarily intended for short-term use.1 With long-term use, addiction can develop and progress quickly if Valium is used in a way not prescribed by a doctor. Tolerance and physical dependence can also develop over time, causing you to take larger doses of the drug and experience withdrawal symptoms if you abruptly stop using it.1 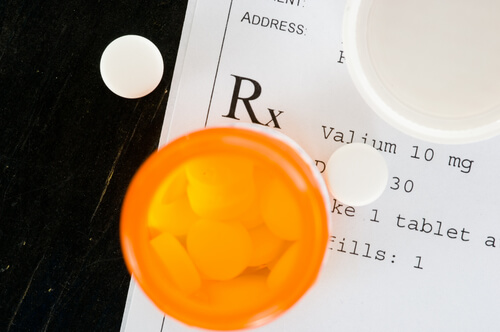 Side Effects of Mixing Valium and Alcohol

In addition to using Valium by taking larger doses than recommended or taking it without prescription, the drug is also often abused in combination with alcohol.2 Mixing these two substances can have dangerous and potentially life-threatening side effects, including:3

Despite these serious effects, about 1 in 5 individuals who abuse alcohol also misuse benzodiazepines.3

Overdose on Alcohol and Valium

By itself, Valium has a low overdose threshold – you would need to take a really large amount of the drug in order to overdose. In fact, taking even 1,000 times the recommended dose of Valium, typically more than 2,000 mg, is usually not lethal for adults.4

Although a fatal overdose requires a large amount of Valium, using higher doses than prescribed on a regular basis can result in permanent side effects.5 Moreover, drinking while on Valium can amplify the effects of both alcohol and diazepam. A lethal dose of valium and alcohol can result in substantial depression of the central nervous system (CNS) and overdose.6

An overdose on Valium may cause a range of severe effects, including:3

Quitting Valium and alcohol abruptly may result in unpleasant and potentially life-threatening withdrawal symptoms, especially after chronic abuse.7 If you quit using these two substances cold turkey, you may experience a range of effects on your body and brain, from seizures and coma to death. Physical dependence on Valium and alcohol can increase the risk and severity of withdrawal symptoms.7

As a result, it is not advisable to stop using alcohol and Valium cold turkey, particularly if you have been using consistently for a long time and/or have developed dependence and tolerance.7 Instead, quitting Valium and alcohol typically requires safe medical detox, medication management and supervision to allow the brain and body to recalibrate and be able to work properly without the substances.7

Withdrawal Symptoms of Alcohol and Valium

Some common alcohol and valium withdrawal symptoms may include:7

Get Treatment for Alcohol and Valium

If you or your loved one need Valium and alcohol treatment, do not hesitate to contact American Addiction Centers (AAC). We are a parent company to Treatment Solutions that offers a wide network of substance abuse treatment facilities across the nation. It is our goal to provide research and compassion-based treatment to those in need and increase their chances of recovery.Use the form below to enter your information and check your insurance coverage immediately. You can also call our hotline for alcohol addiction 24/7 to speak with an admission navigator and check your benefits while you are on the phone.