In addition to heroin addiction treatment medications, there are also medications that can effectively reverse the effect of heroin overdose and save a person’s life.3 The available heroin treatment statistics speak in favor of both personal and societal benefits of treatment.

Medication-assisted treatment (MAT) is the widely adopted standard in treating heroin and other opioid addiction disorders. In this type of approach, heroin treatment drugs are used to help the patient safely detox and abstain from heroin use. At the same time, various forms of behavioral therapy are used in order to change the patterns of thinking and behavior that lie at the basis of a person’s drug abuse.1 This comprehensive combination of medications and behavioral counseling is specifically tailored to meet individual treatment needs.4 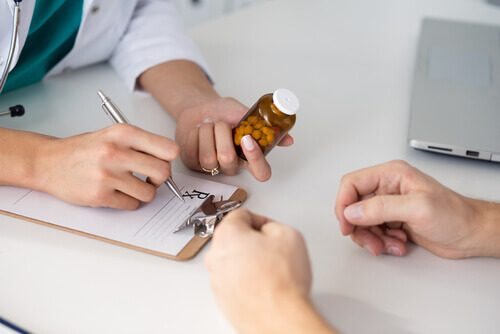 Benefits of MAT for Heroin Treatment

A great number of heroin users may benefit from MAT in the following ways:5

Heroin treatment medications work through the same receptors of the nervous system as heroin, but they are significantly safer. There are three categories of medications used depending on how they interact with opioid receptors:1

Methadone is an opioid agonist which acts slower than heroin. It is used to reduce cravings for heroin, helps to mitigate unpleasant withdrawal symptoms, and blunts and blocks the effects of opioids.7 Although this treatment drug itself is addictive, methadone maintenance therapy has a long tradition in addiction treatment under medical.8

In contrast to illicit opioids, methadone is a heroin treatment drug that does not cause euphoria or sedation, which makes it possible for a person to function normally in their daily life.9 Methadone is taken orally once a day and can be obtained only through approved treatment programs.10 The forms of methadone approved by FDA are:7

Buprenorphine is a partial opioid agonist, which means that it produces the opioid effect, but it is weaker than heroin or methadone. Unlinke methadone, buprenorphine can be prescribed by physicians, which makes treatment more accessible to those for whom methadone clinics are not a convenient treatment option.11

This heroin treatment drug is available in many forms, some of which include the substance called naloxone. Naloxone is an opioid blocker that is added to buprenorphine to prevent abuse. Namely, in case someone tries to inject buprenorphine instead of taking it as prescribed, naloxone will cause unpleasant withdrawal symptoms. This is a way of discouraging patients from abusing heroin treatment medications.12

Unlike methadone and buprenorphine, naltrexone blocks the effects that heroin has on the receptors of the nervous system, which reduces opioid cravings. Its advantage is that it can be prescribed by physicians and there is no potential for its abuse or diversion. Another advantage is that it is used once a month, which may be more convenient for patients than daily dosing.13

However, its effectiveness is limited as patients often do not follow the treatment plan that involves this drug.1 In order to start treatment with naltrexone, a patient needs to be opioid-free for 7 to 10 days, which means that fewer people are able to successfully start treatment.14

In opioid addiction treatment, naltrexone is administered in the form of an extended-release intramuscular injection once every four weeks by a physician. Although this heroin treatment medication is not an opioid, if not administered carefully, it can still have adverse effects, such as increased risk of overdose or severe reactions at the site of injection. Therefore it is necessary to carefully monitor patients during treatment.13

The FDA-approved injection of naltrexone is called Vivitrol.1

Lofexidine is an FDA-approved drug for treating unpleasant withdrawal symptoms. Unlike methadone and buprenorphine, which are also used in withdrawal, lofexidine is not used for long-term addiction treatment. It is rather used as medical aid during detoxification, which is only the first stage in treatment.14