How Long Does Heroin Stay in Your System? Testing for Heroin in Urine, Blood & Hair | Detection Time & Half Life

How Long Does Heroin Stay In Your System?

Heroin is a short-acting opioid drug that quickly enters the nervous system, causing a surge of euphoria, popularly referred to as a “rush”. Heroin half-life is not long, which means that heroin stays in the system for a short period of time compared to other drugs. In effect, the heroin detection time window for heroin drug tests is smaller than it is the case with some other drugs which can be detected in the system for a longer period of time.1

The reason why heroin users need professional help is the fact that it is both hard and potentially very dangerous to abruptly stop heroin use without medical supervision due to severe withdrawal symptoms.4 The role of heroin addiction programs is to help the patient detox from heroin safely, recover from addiction, and prevent relapse by providing medical and behavioral treatment elements. 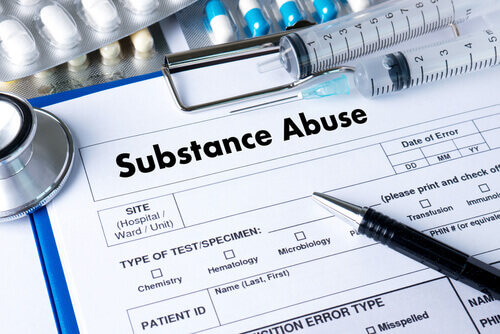 How Is Heroin Metabolized in the Body?

Heroin is an illicitly obtained opioid drug that usually appears as a white or brown powder that can be injected, smoked, or snorted.

Heroin is a highly lipophilic substance, which means that when it enters the bloodstream and starts circulating, it quickly binds to the brain. It is absorbed rapidly: the blood level peaks:5

Once the heroin is absorbed into the serum, it needs only 15 to 20 seconds to reach the brain. It binds to the opioid receptors and the user experiences euphoria.5 Heroin also affects the parts of the nervous system that control the heart rate and breathing. If the dose is too high, the heart rate and breathing will slow down so much that the effect is life-threatening and may cause death if not treated immediately.6

Heroin is metabolized by common metabolic pathways, which means that the liver plays the key role in this process. Heroin is broken down to 6-monoacetylmorphine, which is then transformed into morphine, and eliminated from the system via urine.7 A heroin test actually detects the presence of these metabolites as heroin itself is rarely found in any body fluid.8

The amount of heroin and the frequency of ingestion have a direct impact on how quickly heroin gets out of the system. In other words, heroin urine detection time window will be longer for patients who are dependent on heroin.8 For users who can limit their use of heroin, there will be no heroin in the system 24 hours after its last use.9

Heroin detection in the body can be done by using samples of urine, blood, saliva, or hair.

Urine tests are currently the most widely used procedure for drug abuse screening. Urine contains high concentrations of drugs and their metabolites, the procedure of sample collection is noninvasive, and it is usually not a problem to obtain large sample volume.8

There are two types of heroin urine tests:10

Heroin is detectable in urine in the period of several hours after the last use to up to 3 days later.11

Blood tests can accurately detect the amount of illegal drugs abused. An advantage of the heroin blood test over heroin urine tests is that the likelihood that patients will tamper with the sample is reduced to the minimum.8

However, the disadvantage is that it may be hard to collect the blood sample from drug abusers who take heroin intravenously as their veins may be seriously damaged. Moreover, in case the drug abuser has an infectious disease such as hepatitis or HIV, there is a risk that the medical staff that collects the sample gets infected.8

Analyzing saliva samples can provide an estimate of current intoxication, i.e. the currently circulating amount of the drug. Saliva samples are easy to collect and it is harder for the drug user to “cheat” by tampering with the sample. However, the drug concentration is lower than in urine, so the results are not as reliable.8

Heroin detection time is generally short compared to other substances as this drug is rapidly excreted. Hair analysis can, therefore, be a useful tool for tracing the history of drug abuse even after heroin is no longer detectable in blood, urine, or saliva.8

How to Get Heroin out of the System?

Although heroin is excreted quickly, the person who is addicted very soon experiences the need to take another dose of the drug. Unless they take another dose of heroin, they are likely to experience unpleasant withdrawal symptoms, which makes it difficult to stop drug use. These symptoms may start already a few hours after the last dose and include:4

As this condition can be quite severe, and for many people it is impossible to quit “cold turkey”, i.e. without medical assistance, heroin addiction programs include medication-assisted treatment (MAT) to mitigate withdrawal symptoms, replace heroin as a dangerous opioid agent with safer maintenance options, and help the patient detox safely.13

Where to Get Help For Heroin Addiction?

There are a number of facilities in the U.S. that provide treatment programs for heroin addiction. The treatment plan and the timeline will depend on the condition and treatment needs of an individual. In many cases, a patient strongly dependent on heroin needs to receive inpatient care during medically supervised detox.

Since enrolling into treatment as soon as possible is critical, American Addiction Centers have a 24/7 toll-free helpline, where treatment navigators can immediately listen to users’ struggles with addiction, help them identify the optimal treatment option, check their insurance coverage and discuss payment options, and prepare them for admission.

In addition to the helpline, patients and their loved ones can also gather comprehensive information about treatment center locations, types of therapy, insurance providers, as well as any other questions they may have about addiction.