What is Psychodrama Therapy? 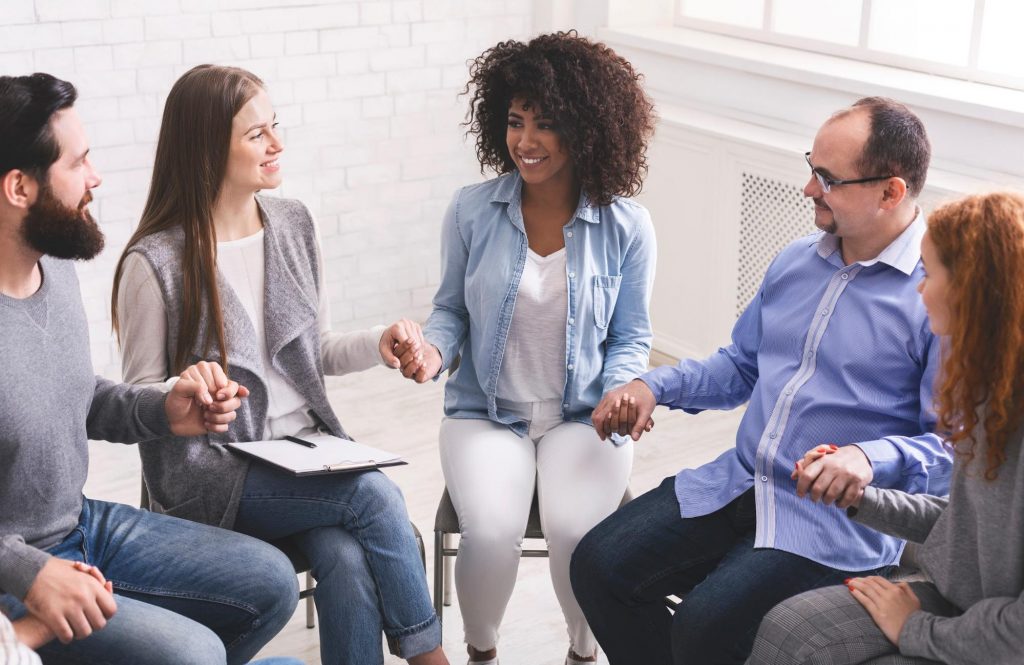 Psychodrama therapy is an active and creative approach that uses role playing and guided drama to address and resolve a problem head on. Founded by Jacob Levy Moreno, MD, psychodrama is an experiential therapy form which is responsible for the foundation for group therapy in general. Prior to the first recorded psychodrama session in 1921, therapy sessions were largely individual in nature, conducted with a therapist and one person. Psychodrama changed this dynamic, bringing a group format to the table instead, wherein individuals could explore how group dynamics impact each person’s thoughts and actions.

Moreno’s theory is very spiritual in nature, as he believed that a divine spark or “Godhead” was contained in every person. Moreno postulated that spontaneity and creativity are both derived from this spark. While spontaneity refers to a person’s readiness to act, creativity is the actual action or response. Blocks to either creativity or spontaneity create the issues a person faces and problems in the roles that define who a person is – their sense of self. By exploring personal, professional, and social roles through psychodrama, individuals can learn how to “unblock” their creativity and spontaneity to improve daily life functions.

Psychodrama uses guided drama exercises and actions from a trained therapist to explore and improve upon individual (psychodrama) and group (sociodrama) issues, the American Society of Group Psychotherapy and Psychodrama (ASGPP) explains.

Psychodrama has many applications in the field of behavioral and mental health, including for addiction treatment. Psychodrama methods can be employed to help individuals learn how to better manage stress, improve communication methods, engage in social situations, and learn healthy coping mechanisms through group sessions. Previous emotional trauma can be explored, and individuals can learn how to improve daily life functioning in clinical settings.

Psychodrama may also have nonclinical applications, as the National Psychodrama Training Center opens membership to all interested parties and includes people of many different professions, such as lawyers, teachers, engineers, and more. Professionals, businesses, and schools may all use psychodrama to enhance group function and cohesiveness. By using dramatic and role-playing methods in a group setting, psychodrama can be a powerful tool for personal growth and self-reflection, and an improved overall quality of life.

A psychodrama session typically begins with a short warmup during which the group (or the director of the group) decides on a theme to be explored through “sociodrama.” The theme selected is typically one that will benefit the overall group or potentially one person in particular. A “protagonist” is chosen to play the main role and represent the chosen theme.

Following the warmup portion of the session, the bulk of the time, is spent on the action portion, during which the dramatic scene is carried out by the chosen protagonist. During the action sequence, the “auxiliary egos” assume the roles of other significant players in the drama and act it out accordingly. Through improvisational and spontaneous acting, the protagonist is able to explore alternative endings to the scenario and work through different solutions and possible resolutions.

Sessions are concluded with time to share thoughts about the protagonist, the drama, and the solutions offered. During this time, group members may discuss their personal connection to the dramatic scene.

Buried memories and unexplored issues may rise to the surface during a sociodrama enactment. Individuals may remember past experiences that they didn’t recognize as having significant impact on their emotions and behaviors, and learn how to work through them and change future outcomes. Psychodrama sessions provide a secure, safe, and nonjudgmental environment where individuals can share personal experiences and stories, learn new ideas, and practice new methods for moving forward.

Some of the common tools used in psychodrama include:

Another important aspect of psychodrama, which was also founded by Moreno, is the concept of sociometry, which is the qualitative and quantitative scientific measurement and study of social and interpersonal relationships. Through sociometry, the choices a person makes are explored as is how these interpersonal choices impact the actions and life direction of said individual in an attempt to increase awareness, reevaluate roles, and facilitate constructive and positive change in both the individual and the group. Production of a group as well as its overall functioning and cohesion can be enhanced by sociometry.

Each person is made up of the choices they make, and their society is made up of significant individuals in their social circle. Group dynamics can contribute to how a person thinks, feels, and therefore acts. Sociometry, psychodrama, and sociodrama can all help to improve a person, and therefore the workings of a social group as well.

There are not many studies that detail the exact empirical effectiveness of methods like psychodrama, as the journal Group Dynamics: Theory, Research, and Practice publishes; however, studies have been done do show general improvement for the clinical applications of psychodramatic techniques. Doubling and role reversal showed the highest rates of improvement as intervention strategies. Additional studies have shown that psychodrama groups and sessions improved outcomes for individuals who were battling heroin addiction. Psychodrama helped these individuals to gain insight into themselves and their emotional state, confront their problems, better express their feelings, and enhanced their social skills while improving group interactions and unity.

When used during addiction treatment, psychodrama sessions will typically address concerns that impact the entire group, such as situations that may lead to relapse or past experiences wherein drugs or alcohol presented behavioral and social problems. Through sociodrama, individuals can work through how to better handle these past, and potentially future, situations by learning how to manage possible triggers and stressors while improving communications, life skills, and family and social dynamics.

Psychodrama sessions can help treatment teams to better diagnose personal and group concerns and therefore plan and execute improved treatment plans and methods for recovery. The American Psychological Association (APA) espouses on the benefits of group therapy (sometimes referred to as psychotherapy) and reports that therapeutic methods may often be the ideal form of frontline treatment for non-psychotic disorders and concerns.

Psychodrama as Part of an Overall Treatment Plan

Psychodrama is a hands-on technique that can provide individuals with new and additional insights into themselves, their emotions, and their actions through acting, role-playing, and watching others in the group do the same. It is an active therapy method that can improve self-confidence and self-reliance to enhance how a person interacts with the world around them. By better understanding oneself, a person can better learn how to interact with others within the confines of family and other social groups. When used as part of a complete addiction treatment plan, psychodrama can be a beneficial component to improve overall life functioning and sustain a long and healthy recovery.